As big-name payment processors like Visa and Mastercard increasingly integrate blockchain technology into their payment rails, decentralized platforms offering the best solutions to issues like scalability and fast transaction times are gaining traction.

COTI is one such platform that has been gaining momentum in recent weeks after a series of network upgrades and big announcements brought extra attention to the enterprise-grade fintech platform.

According to COTI’s website, the protocol focuses on empowering organizations to create their own payment solutions and digitize any form of currency as a way to save time and money. 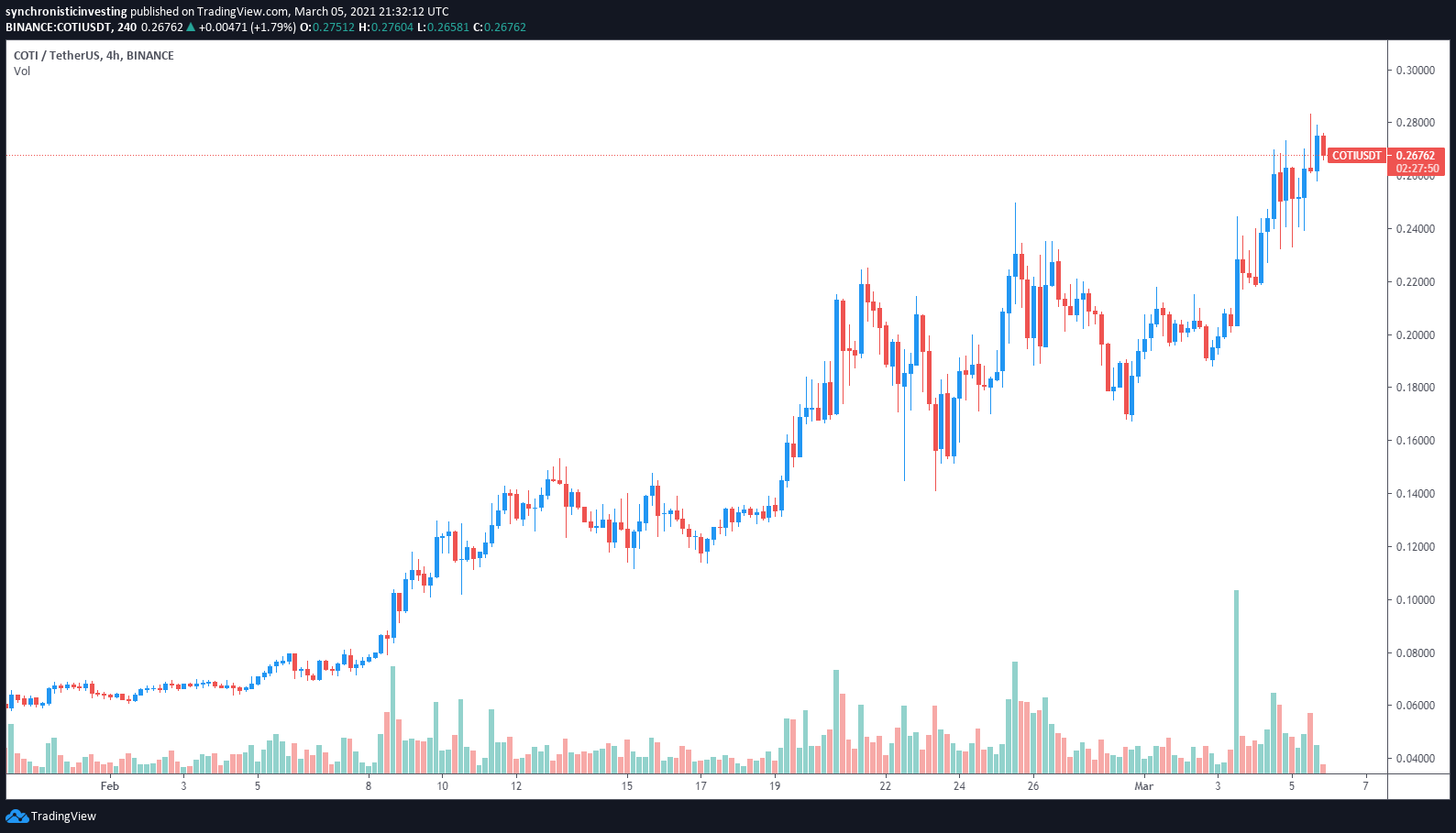 Data from Cointelegraph Markets and TradingView shows that the price of COTI has rocketed 345% over the past month, going from a low of $0.63 on Feb. 4 to a new all-time high of $0.283 on March 5, as investor excitement grows following the release of COTI Staking 3.0 on March 1.

Aside from the release of Staking 3.0, COTI also received an extra dose of enthusiasm on March 3 when it was announced that Apple Pay users are now able to purchase COTI as a result of a partnership with Simplex.

Scrolling through the project’s Twitter feed points to an active February for the COTI ecosystem. The list of multiple partnerships and integrations shows that interoperability is one of the ultimate goals of the protocol.

SushiSwap also announced the launch of an ETH-COTI pair on Feb. 26 as a way to expand user access and expand token liquidity, and the January release of its Crypto Volatility Index continues to attract new attention following a recent code optimization that helped reduce gas costs for using the index by 50%.

In February, COTI also had a record high for merchant transaction volume as the figure soared to 18.16 million. The team is now looking to increase the number of stakers on the network, as well as upgrade the current nodes.

The growing prominence of Bitcoin (BTC) and blockchain technology has the potential to bring increased attention to the COTI platform as small businesses and large organizations look to integrate blockchain payment rails and create in-house currencies.

The recent staking upgrades and fiat onramps have the project well-positioned for further upside as the current bull-cycle continues to unfold.