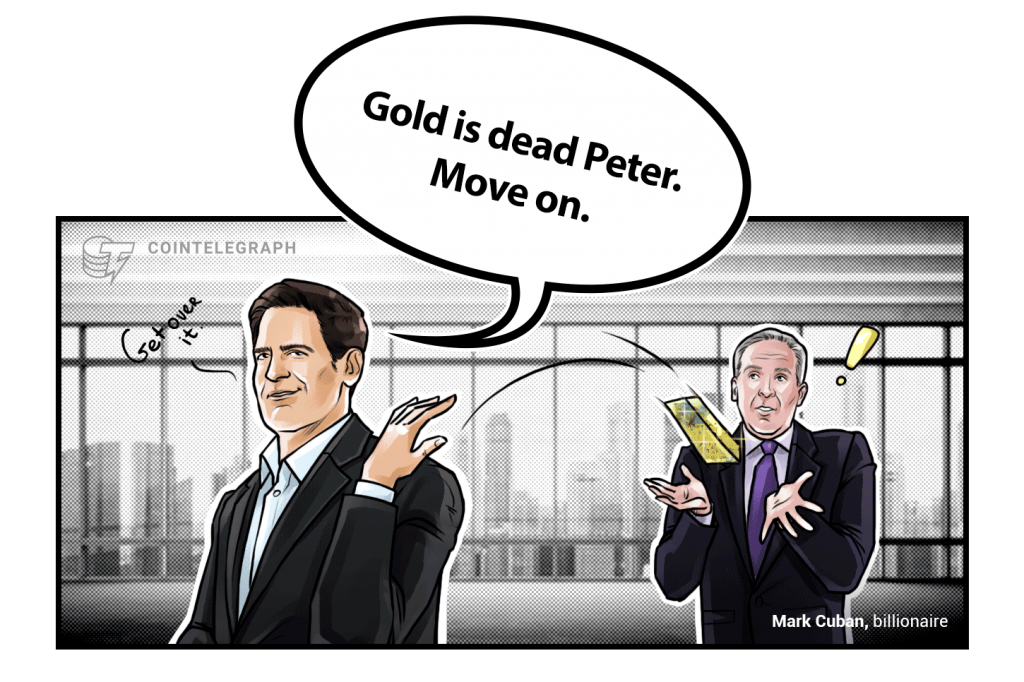 After reaching lows of $43,500 last Sunday, Bitcoin staged a comeback, managing to hit $52,000 on Wednesday. There was optimism that the correction was over and that BTC would now have the chance to return to all-time highs.

Alas, the best-laid plans of mice and men often go awry. Fast forward to this weekend, and Bitcoin is once again struggling to break above $50,000 — a psychologically important milestone. Now, the nerves are starting to set in.

A drop below recent lows of $46,000 could open the door to further downward movement, endangering a bull run that’s been in place for almost a year… at least in the short term. Pseudonymous trader Rekt Capital believes BTC could bottom between $38,000 and $45,000 if this level fails to hold.

Traders are now beginning to speculate that Bitcoin may continue to trade sideways for now. A gloomy macroeconomic picture dominated by rising bond yields and a pullback in tech stocks certainly isn’t helping matters.

Then again, there’s always a metric that shrugs off the gloom… suggesting everything is fine. Glassnode’s Reserve Risk indicator suggests that BTC’s rally is still in the early to middle stage — even after this week’s pullback. Great. Nothing to worry about, then.

Tesla is now coming under pressure to sell off the $1.5 billion it holds in Bitcoin. Since the electric vehicle maker announced its crypto buy-in, TSLA shares have fallen by a stomach-churning 30.8%.

Gary Black, the former CEO of Aegon Asset Management, tweeted that Tesla would generate “positive momentum” if it bows out of crypto, adding: “Highly unlikely, but shareholders would be very supportive.”

Bitcoin’s price correction has also been hurting MicroStrategy — the business intelligence firm that owns more than 91,000 BTC. MSTR’s share price has tumbled by 52.8% in less than a month.

The company doesn’t seem too worried, though. MicroStrategy bought another 205 BTC this week in a $10-million spending spree that coincided with the latest dip.

While the software company began putting its existing assets into BTC in 2020, back when Bitcoin traded at about $10,000, its latest purchases have yet to break even.

Kings of Leon is releasing an album as an NFT

Buckle yourselves in… we’ve got so much NFT news to get through. One of the more attention-grabbing headlines this week came when Kings of Leon announced it is releasing its eighth album in the form of a nonfungible token.

Three types of NFTs are on offer, with the rarest offering front-row seats to Kings of Leon concerts for life, a personal driver and the chance to hang out with the band before shows.

Frenzied activity in the NFT sector doesn’t end here. The rarest Pepe of them all — “Homer Pepe” — went under the hammer for 205 ETH this week… that’s worth $323,000 at the time of writing. Meanwhile, an NFT made up of 100 individual pieces from 100 different artists sold out within minutes on Rarible.

Aavegotchis — NFTs inspired by the Tamagotchi devices that were oh so trendy in the late 1990s and early 2000s — were snapped up in under a minute. And as sales on NBA Top Shot continue to go through the roof, the executive chairman of the sports merchandise company Fanatics, Michael Rubin, said: “It’s almost a frenzy happening right now.”

If all of this wasn’t crazy enough, an original artwork by Banksy has been burned and turned into an NFT. Ironically, the piece is called “Morons” and depicts buyers at an art auction bidding on a piece emblazoned with the words “I can’t believe you morons actually buy this shit.”

Still dusting itself off after a showdown with the New York Attorney General, Tether is really struggling to catch a break right now.

This week, hackers threatened to release sensitive company documents that supposedly belonged to Tether… unless they were paid a 500-BTC ransom — a staggering sum worth $23.8 million at the time.

Tether announced what was happening on Twitter and declared: “We are not paying.”

The deadline has now passed, but what remains unclear is whether the extortionists are attempting a simple cash grab, or whether it’s all part of a greater effort to undermine Tether and the rest of the Bitcoin ecosystem.

“Either way, those seeking to harm Tether are getting increasingly desperate,” the company added.

There’s been another dramatic twist in the “will they, won’t they” saga of India’s planned crypto ban.

On Saturday, Indian Finance Minister Nirmala Sitharaman said reports that the government is pursuing a blanket ban on cryptocurrencies are overstated. She stressed that regulations won’t be as “severe” as previously reported and that the authorities were determined to take a “very calibrated” stance.

The comments will no doubt come as a relief for crypto businesses and investors in the world’s second-most populous country following years of uncertainty.

At one point, India was considering introducing jail terms of up to 10 years for anyone caught dealing in cryptocurrencies — along with a hefty fine. The country’s central bank also introduced a ban that stopped banks from offering services to crypto businesses, causing several to collapse. Those restrictions were sensationally overturned by the Supreme Court last year.

Sitharaman’s latest remarks are at odds with a Bloomberg report last month that claimed crypto assets would soon be completely banned in India. 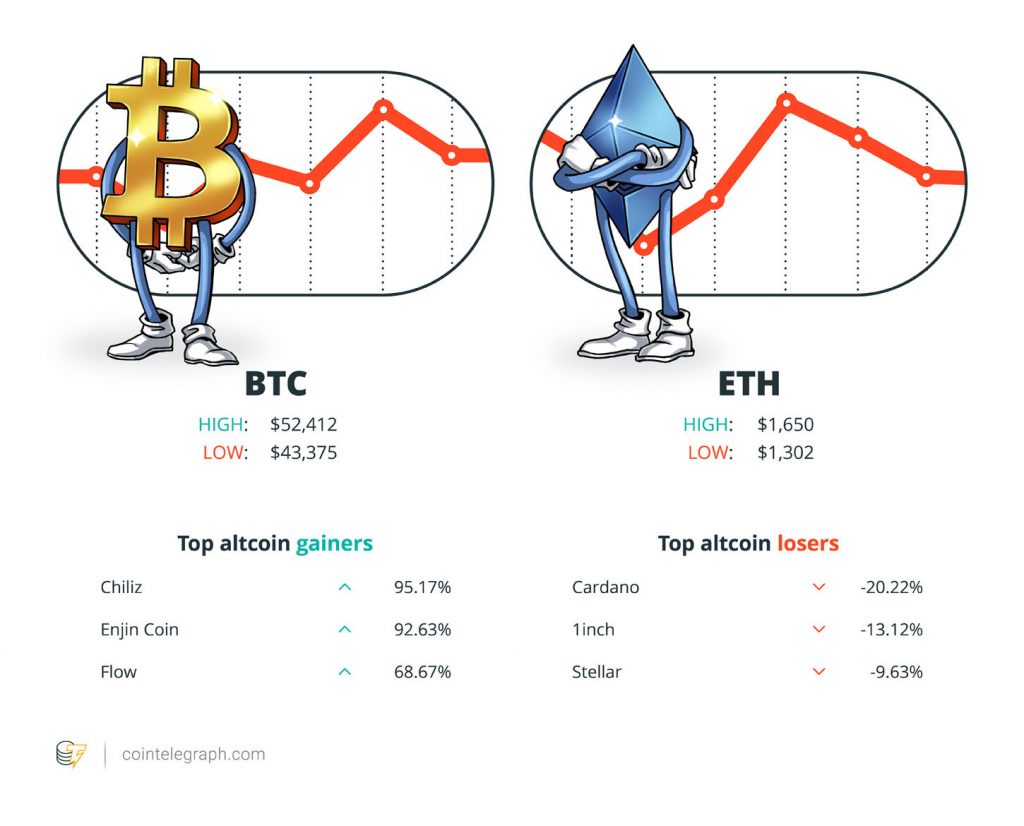 “You should look for relative strength when others are weak. Global macro sold off yesterday and BTC did not give a donkey.”

“Bitcoin is holding up against the macro spectacularly well.”

“The fact that Bitcoin continues to show strength even with GBTC acting like a resistance band holding it back is very encouraging and shows to me that the overall story, that of accelerating adoption, is still intact.”

“I think there’s going to be tremendous value created, but also there’s so many people getting into it, I don’t think everyone’s going to be successful.”

“I think Reed Hastings is a very innovative guy and has a lot of creative thinking, and I think he still controls the reins at Netflix, and so I think that might be the next big one to fall.”

“What we are seeing built with crypto today is just proof of concept. As tech continues to get better/cheaper/faster there will be new applications and maybe even something that supersedes what we know as crypto today.”

“I see HOMERPEPE as the most important NFT in art history because its headline-making sale in 2018 influenced so many of the original crypto artists to believe we could put our art to work building both a market and belief around this new technology.”

“Is Bitcoin a currency? Property? An asset? Maybe all of the above, I’m going in with a 3% portfolio allocation.”

“Bitcoin has returned almost 200% (so nearly tripled your money), every single year for 10 years, *compounded*.”

“We’re sending a clear message to the entire industry that you either play by the rules or we will shut you down.”

“Those seeking to harm Tether are getting increasingly desperate.”

“There are a host of risks and obstacles that stand in the way of Bitcoin progress. But weighing these potential hurdles against the opportunities leads to the conclusion that Bitcoin is at a tipping point.” 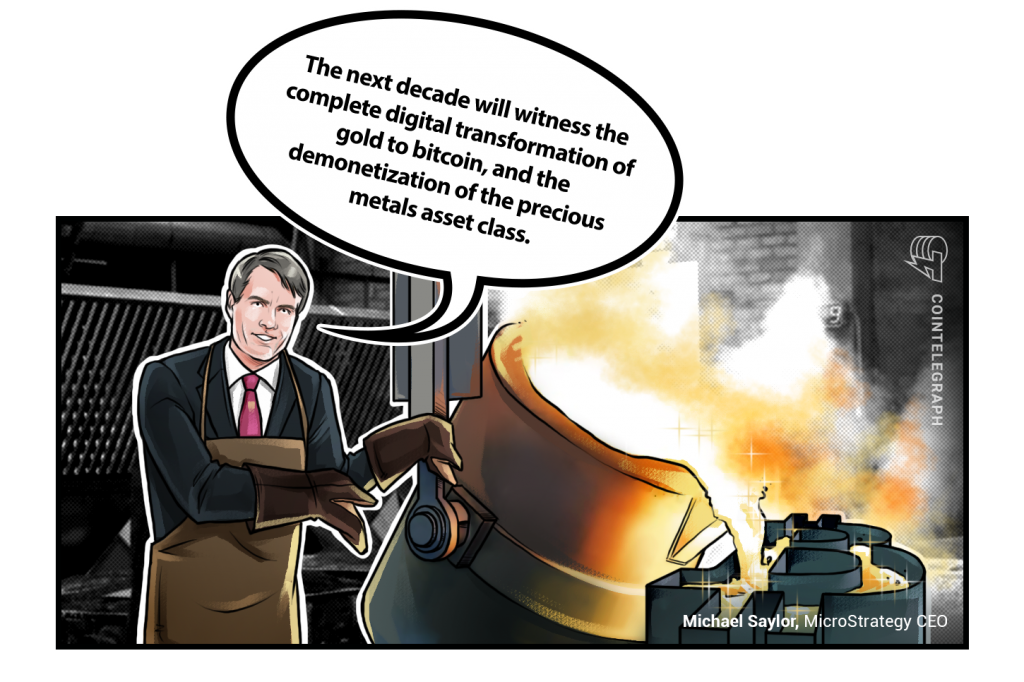 Hodler’s Digest has been home to some pretty sky-high Bitcoin price predictions over the years — $500,000 here, $1 million there. Determined not to be outdone, Kraken’s CEO has gone nuclear… predicting that BTC will be worth “infinity.”

Jesse Powell believes that, one day, humanity will simply give up pricing Bitcoin in U.S. dollars — telling Bloomberg that a $1-million price tag in 10 years’ time is reasonable.

Research from the company he runs is perhaps a little more realistic. Kraken’s latest analysis suggests Bitcoin could next top out somewhere between $75,000 and $306,000.

The former CEO of the crypto derivatives exchange BitMEX is in negotiations to surrender to U.S. authorities next month.

Arthur Hayes and fellow executives are accused of violating the Bank Secrecy Act by the U.S. Department of Justice and the Commodity Futures Trading Commission.

Transcripts from a virtual court hearing suggest he’s going to surrender to the U.S. in Hawaii on April 6 — six months after he went on the run.

Criminal charges are piling up for John McAfee. The crypto advocate and internet security pioneer has now been accused of fraud and money laundering conspiracy crimes. Allegations relate two schemes where cryptocurrencies were “fraudulently promoted” to investors.

Prior to today’s news, McAfee already faced charges from U.S. governing bodies for tax evasion and initial coin offerings that he allegedly advertised for compensation without properly informing the public.

After going on the run from the U.S. government in 2019, McAfee was arrested in Spain in October 2020.

Alarm bells rang this week when Meerkat Finance, a decentralized finance protocol based on Binance Smart Chain, lost BNB worth $31 million — hours after it had launched.

The team initially claimed it had been the victim of an exploit but then deleted all its social media channels. Due to the nature of the breach, some believe that a “rugpull” scam had taken place.

But there might be some good news on the horizon for the victims of the exploit, which is one of the largest in DeFi’s short history. A Meerkat Finance developer posted in a newly created Telegram channel and revealed the exploit was a “trial” testing users’ greed and “subjectivity” — adding that the team was preparing to refund all victims. 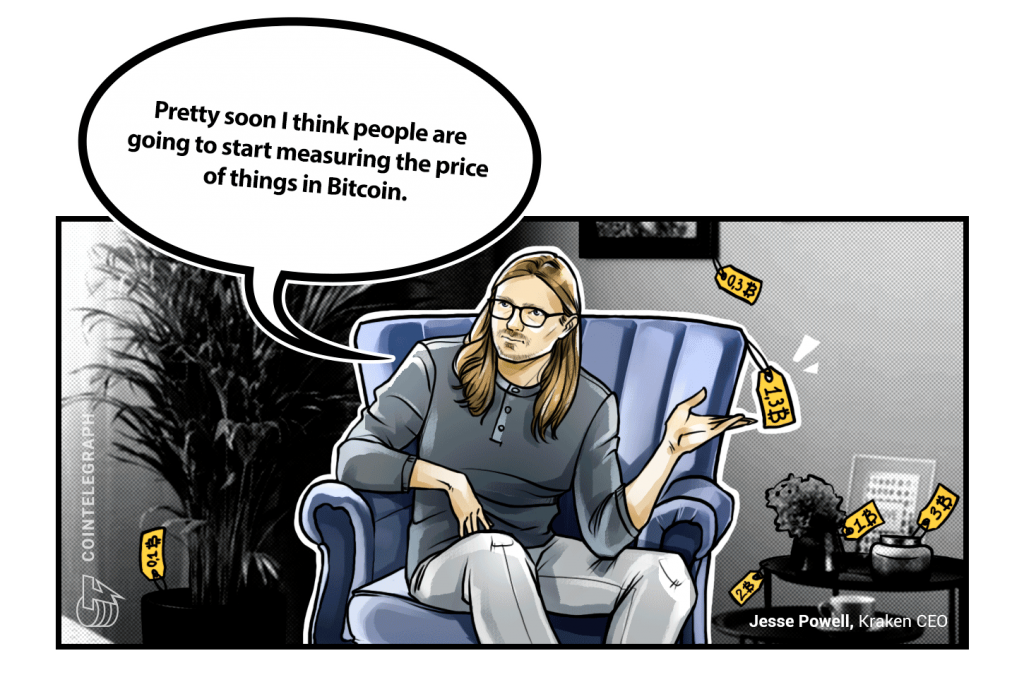 DeFi who? NFTs are the new hot stars on the crypto block

NFTs are taking over from where DeFi left off, and data suggests asset tokenization will dominate 2021.

Crypto Pepes: What does the frog meme?

Crunching the numbers: Analysts and industry experts weigh in on crypto firms like Coinbase and Kraken being valued in the billions.