Reforestation Is Great! But We’re Running Out of Seeds 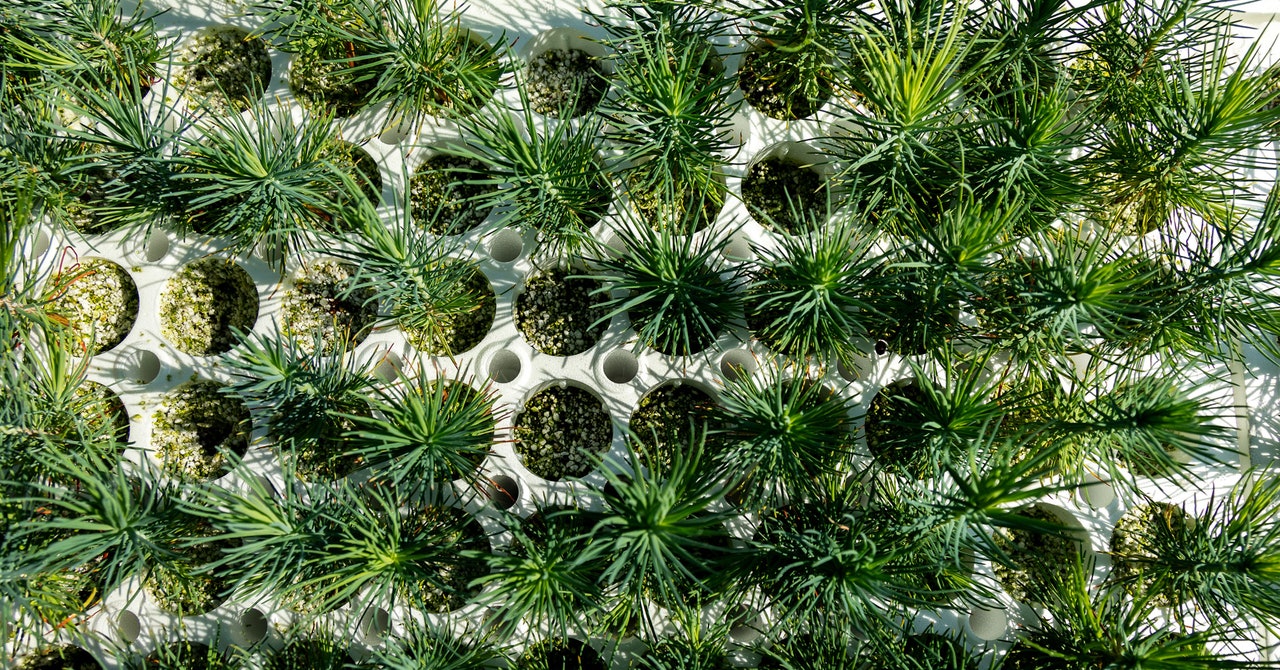 Swift says he has a collecting area that hasn’t produced master cones in nine years. “It’s no question in my mind” that it’s a result of climate change, he says. Overall, the crops are smaller and more sporadic than they were a few decades ago. “If this keeps up, I really don’t know what nurseries will do for seed in another 10 or 20 or 50 years,” he says.

Seed orchards—trees managed with the intent to harvest seed—are a contingency plan against lower yields from wild collecting. But they haven’t escaped climate change, either. Last year’s wildfires destroyed a sugar pine seed orchard in Klamath National Forest and another one on Oregon Bureau of Land Management land. That was a devastating blow, because orchards take a long time to set up, as the trees need time to mature.

After collecting, the seeds are sent to nurseries, where they are grown into seedlings for planting. The study’s authors interviewed over 120 nursery managers about obstacles to increasing their operations to fulfill reforestation needs. These problems range from spacing to staffing issues.

“We have no more greenhouse space,” Brian Morris, program manager at Webster Forest Nursery in Washington, told WIRED. “We’re having to actually work with outside growers to meet our demand. So over the last several years, we’ve been operating essentially at max capacity.”

Finding enough labor has already been a struggle for nurseries. According to Morris, his nursery hires its internal staff and seasonal contracts from farm labor, and those costs go up each year. Additionally, the study noted that immigration issues like visa restrictions often prevent migrant workers from coming into the US. Because of this, nursery operators and reforestation project managers are often uncertain about how many workers will be available and if their core team will be able to return. “Every year when we’re putting out those contracts, and going through the hiring process, it’s a very stressful time,” Morris says. “We don’t know what we’re going to get every year.”

Last summer, representative Bruce Westerman, a Republican from Arkansas, wrote in The Hill that without H-2B visa exemptions, in 2020 “1.6 million acres of forestland would go unplanted and nearly 1.12 billion seedlings would die.”

Nurseries, too, are struggling with the retirement issue. Many long-time growers are aging out of the business with few young people coming up behind them. There are only three forestry nursery training programs in the entire US, and increased urbanization has made rural nursery jobs less desirable. In fact, the program manager at Webster retired earlier this year; Morris is filling the role on an interim basis.

Fargione says that if nursery operators want to expand their infrastructure and hire more laborers, they’ll need a guarantee from the government or other large buyers that the investment will pay off. “They’ll need to add more land to grow, and that will require some long-term guarantees for them about the demand,” Fargione says. “So things like long term contracts or low-cost or forgivable loans to encourage them to make those investments.”

Morris wants even more specifics. Before he expands the business, he wants to know what tree species reforestation efforts will focus on next. Does that tree grow better in the ground or in a greenhouse? And what type of greenhouse? “There’s a lot of questions,” he says. “Trees are more than just trees. There’s a lot that goes into picking the right infrastructure for the crop you’re going to grow.”

Once the seedlings are grown, steep slopes and hazards from fires make replanting forest land extremely expensive. For example, according to the National Forest Foundation, a single project to plant 8,000 trees in California cost $300,000 just in site prep.