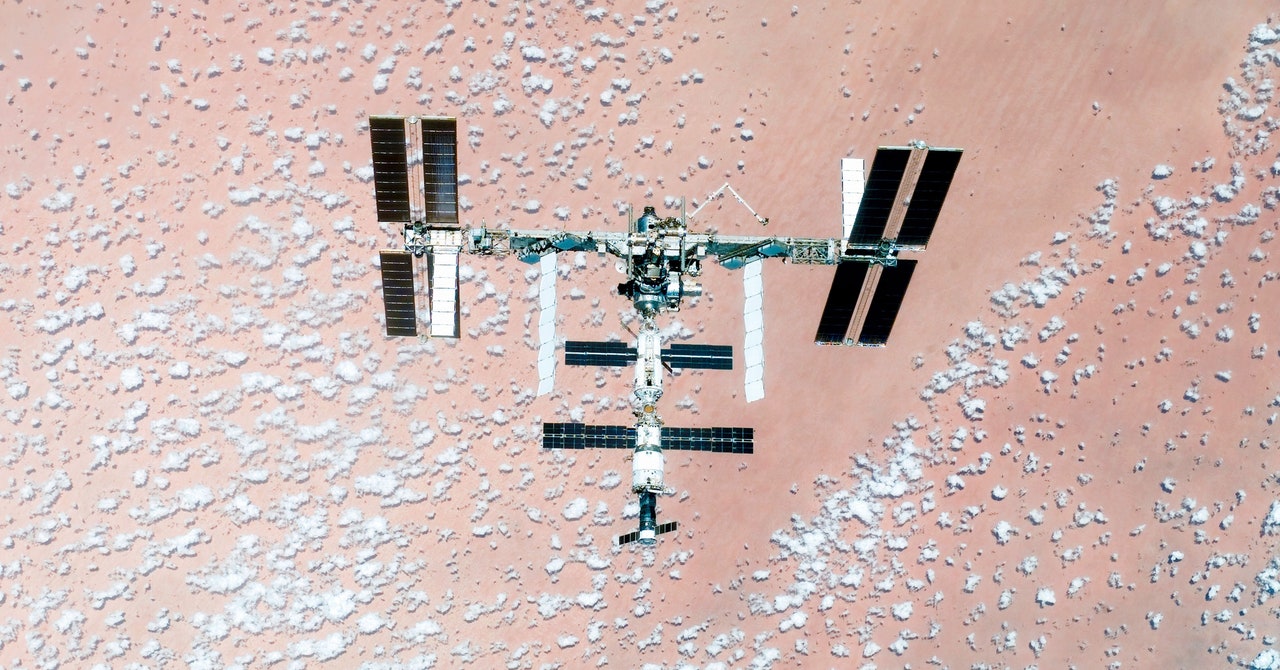 In mid-March, NASA researchers announced that they’d found an unknown life-form hiding aboard the International Space Station. And they were cool with that.

In fact, for an organization known for a sophisticated public communications strategy—Mars rovers don’t write their own tweets, is what I’m saying—everyone was pretty quiet about this discovery.

It’s true that the new life wasn’t, say, a xenomorphic alien with acid for blood. It was a novel species of bacteria, unknown on Earth but whose genes identified it as coming from a familiar terrestrial genus called Methylobacterium. Typically its members like to hang out amid the roots of plants, not on the walls of space stations. Still, you’d think a probably-not-but-maybe-evolved-in-space microbe would merit a little more freaking out. Yet here we are. Nobody was exactly surprised—and the reasons why could define the future of human space exploration.

As part of an ongoing research project into the microbial life of the ISS, astronauts onboard in 2015 and 2016 swabbed down various parts of the station and sent home the wipes they used. Over the next couple of years down here on Earth, a team of researchers headquartered at the Jet Propulsion Laboratory’s Biotechnology and Planetary Protection Group isolated the microbes and sequenced their genes. One species, found on a HEPA filter in the station’s life-support system, was a garden-variety (literally!) Methylobacterium rhodesianum. But three samples—from a surface near the materials research rack, a wall near the “cupola” of windows, and the astronauts’ dining table—were something new. The researchers running the project named it M. ajmalii.

It wasn’t even the first time these researchers found a new bacterium in space. They’d already found a whole other unknown bacterium in that set of ISS samples—they published a paper on that in 2017. There’s a chance that these bugs are in some sense aliens, that they evolved on the station. But it’s a thin one. Odds are they hitched a ride on cargo, or on astronauts, and the microbe hunters only noticed them because they went looking. “There are chances of evolution in space, no doubt, but the space station is so young. It’s only 20 years old. Bacteria might not have evolved in that span of time,” says Kasthuri Venkateswaran, the JPL microbiologist running the project.

What’s more interesting, maybe, is figuring out which bacteria are zeroes on Earth but heroes in the rarified, closed-loop environment of a spaceship. That’s why studying the International Space Station’s microbiome—the bacteria, fungi, and viruses that thrive on board—might be critical to the safety of missions to Mars, or permanent bases on other worlds. As on Earth, human health in space will depend in part on a healthy microbiome and a good relationship with the microbiome of the vessel or shelter. “We’re able to say that novel species carried by the crew might have some characteristics to withstand the conditions there,” Venkateswaran says. “The rest might have died. These are the things that survive.”

Space is really quite unpleasant. Outside a vessel or vacuum suit, it’d be a race to see if you died first from suffocation or freeze-drying. (The high levels of hard radiation are more of a long-term deal breaker.)

So the insides of those vessels and suits have to be closed systems. The only things that come and go are cargo and astronauts. But wherever people go, they bring their ride-along microbes with them—in their guts, on their skin, in their noses and mouths. That’s true in your house, and it’s true on the ISS. But the ISS is not like your house, and not just because it recycles air and water and you can’t open the windows. The air on the ISS is drier, with higher levels of carbon dioxide. Radiation levels are higher. There’s no gravity to speak of. (“We’re used to certain kinds of microbes staying on the floor, but they don’t stay on the floor if there is no floor,” says John Rummel, a former NASA Planetary Protection Officer, responsible for keeping aliens off of Earth and Earth life off of other places.) It smells not-so-fresh inside the ISS, and because it’s full of nooks and crannies that water droplets can float into and then adhere to, thanks to surface tension, it has lots of places where microbes can hang out.