The Thrusters Behind NASA’s Mission to the Asteroid Psyche 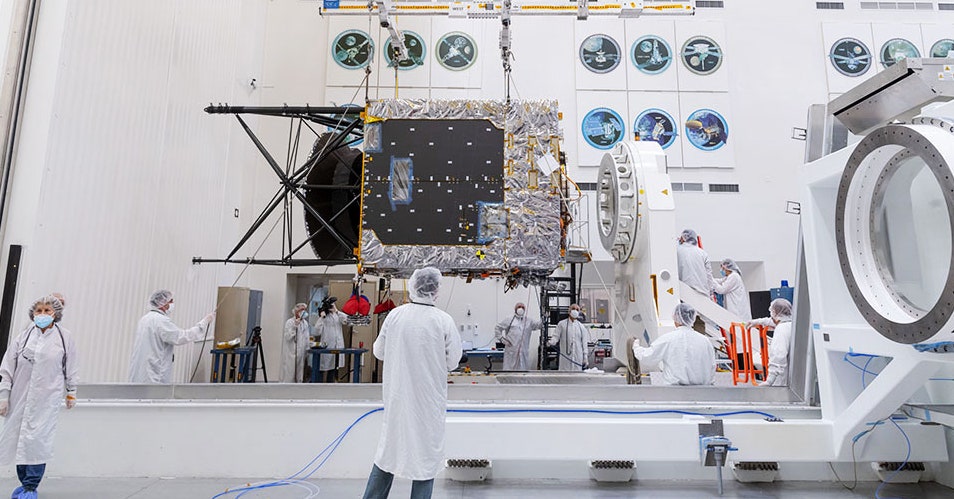 A satellite company named Maxar recently delivered a passenger-van-sized chunk of spacecraft to NASA’s Jet Propulsion Laboratory in California. This chassis will serve as the backbone for a robotic spacecraft that will explore a metallic asteroid for the first time. This ambitious mission, named Psyche after the eponymous asteroid it will explore, is due to launch next summer on a Falcon Heavy rocket.

Once in space, the spacecraft will use an innovative means of propulsion, known as Hall thrusters, to reach the asteroid. This will be the first time a spacecraft has ventured into deep space using Hall thrusters. Absent this technology, the Psyche mission probably wouldn’t be happening—certainly not at its cost of just less than $1 billion.

For David Oh, the large, boxy chassis represents one of those “full circle” moments in life. More than two decades ago, he worked on Hall thruster technology as a graduate student at the Massachusetts Institute of Technology. He would go on to work for Space Systems/Loral, which first put the propulsive technology on large commercial satellites and would later be acquired by Maxar.

After working on the first launches of commercial satellites powered by Hall thrusters, Oh left the private sector in 2003 to come to NASA’s Jet Propulsion Laboratory, where he has since worked on a number of missions, including the flight of Curiosity to the Red Planet in 2011. Now he serves as technical lead for the Psyche mission.

“I’ve been working on electric propulsion for more than two decades,” he said in an interview.

And now, the Hall thruster technology Oh worked on as a graduate student will take NASA to an entirely new place: Psyche. No spacecraft has ever visited a world like this, composed of about 60 percent metal. We really have no idea what it will look like.

Engines powered by chemical propulsion are great for getting rockets off the surface of the Earth when you need a brawny burst of energy to break out of the planet’s gravitational well. But chemical rocket engines are not the most fuel-efficient machines in the world, as they guzzle propellant. And once a spacecraft is in space, there are more fuel-efficient means of moving around.

One of these is solar-electric propulsion, which uses solar panels to capture energy from the Sun, which in turn ionizes and accelerates a gas—typically xenon—to produce a thrust. It’s not much of a thrust. Actually, it’s exceptionally light. Each of the thrusters on the Psyche mission maxes out at about the same force as that exerted by two or three quarters in the palm of one’s hand. But because they are so fuel-efficient, solar-electric thrusters don’t burn for a few minutes at a time. They burn for months, producing a steady acceleration.

NASA has been experimenting with this technology for a while. The space agency first tested electric propulsion technology in its Deep Space 1 mission, which launched in 1998, and later in the Dawn mission in 2007 that visited Vesta and Ceres in the asteroid belt.

These spacecraft used ion thrusters. Hall thrusters, by contrast, use a simpler design, with a magnetic field to confine the flow of propellant. These thrusters were invented in the Soviet Union and later adapted for commercial purposes by Maxar and other companies. Many of the largest communications satellites in geostationary orbit today, such as those delivering DirecTV, use Hall thrusters for station-keeping.

But now, for the first time, they’re being used for a deep space mission. NASA and Maxar believe the technology is ready, but it still needs to be proven out in a new environment.

“It’s always a big deal when you go beyond Earth orbit,” said Robert Curbeam, a former astronaut who is a senior vice president at Maxar. “As you get further from the Sun, you’re going to generate less power from the Solar arrays. The radiation environment is going to be different. And there’s the question of whether we can keep these thrusters pulsing for that long.”