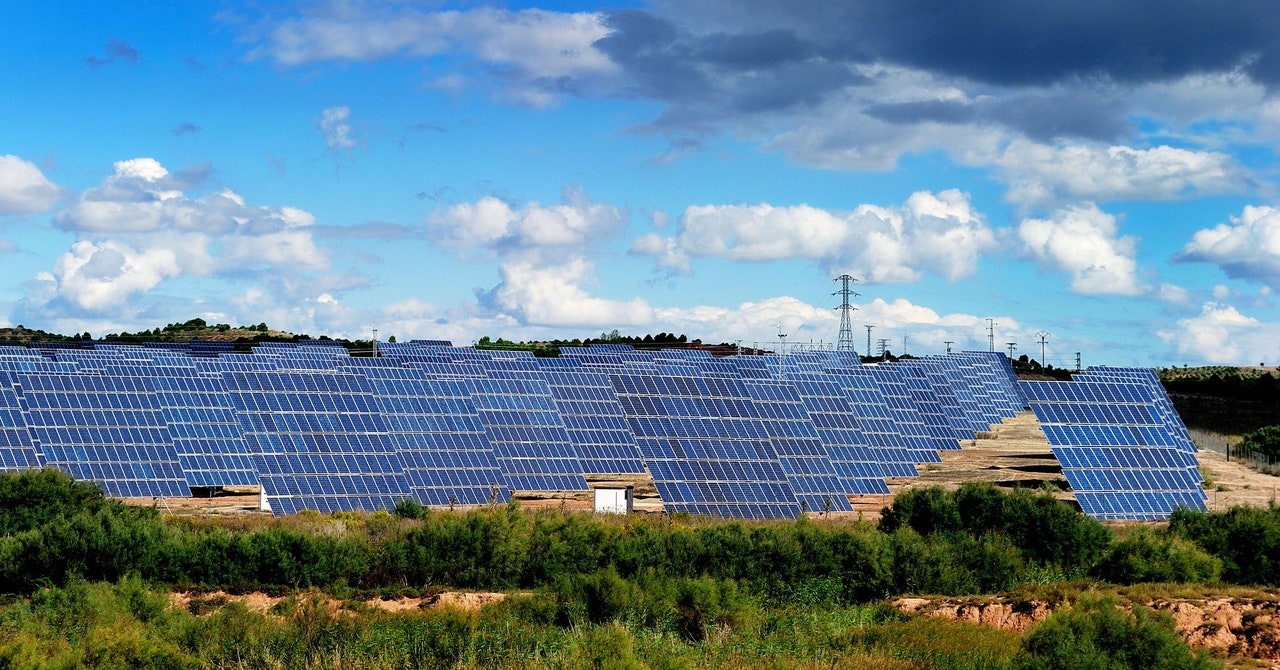 Predicting the weather can be a frustratingly imprecise science. The weather app on your phone is pretty good at forecasting if it’s likely to rain at some point during a given day, but much less helpful if you want to know if there’s going to be a downpour in central London at 3 pm this Sunday. If you absolutely have to stay dry, you’re best off keeping an umbrella with you or staying inside.

For most people, not knowing what the weather is going to do in the next hour is a minor inconvenience. But when it comes to the power network, not knowing what the weather will do next isn’t just an annoyance, it’s a significant source of carbon emissions. If we could get better at predicting when and where the weather will change, we could stop huge amounts of carbon dioxide being sent up into the atmosphere simply because we don’t know what the clouds will do next.

Here’s the problem. On a sunny spring day in Great Britain, solar power can account for about 30 percent of all the electricity being produced on the island. The exact number varies a lot, but under ideal conditions—solar panels perform best on cool but sunny days—they might churn out 9 gigawatts (GW) of energy, a huge chunk of the 30 GW average energy demand. So far so good. But if a big cloud swoops down over the southwest, where many of Great Britain’s solar panels are situated, a significant portion of that renewable energy suddenly disappears from the grid—the equivalent of an entire gas power station instantly going offline. Hundreds of megawatts of energy gone, just like that.

Having an entire power station’s worth of power wiped out in minutes is obviously not ideal, so to compensate for this, power networks schedule some backup energy production to step in and smooth over any bumps caused by changes in solar production. In Great Britain, the responsibility for balancing and distributing this energy falls to the National Grid Electricity System Operator (ESO), which asks fossil-fuel power plants, usually burning natural gas, to produce extra energy in case solar production dips unexpectedly.

Fossil-fuel plants are slow-moving beasts. “We would really like to have a power plant that can ramp up in five minutes or in half an hour, because that’s how fast the wind and solar power generation may change,” says Jan Kleissl, a professor of renewable energy and environmental flows at University of California San Diego. But fossil fuel plants don’t work like this. They take a long time to turn on and are most efficient when they’re running at full power. This limitation further encourages power grids to overproduce energy just in case power from solar or wind drops off.

One way to get around this is to get better at forecasting the weather. If we knew exactly how much solar power Great Britain was likely to produce at any moment, the ESO could dial back the amount of power it holds in reserve, bringing down the total carbon footprint of the energy grid. In other words, if we knew exactly how much solar energy was going to flow onto the grid every five minutes, we could make sure we used every kilowatt of that energy rather than hedging our bets with surplus electricity generated from fossil-fuel power plants.

Jack Kelly thinks he knows a way to vastly improve these predictions. A former researcher at DeepMind, the Alphabet-owned artificial intelligence firm, in 2019 Kelly cofounded Open Climate Fix, a nonprofit focused on reducing greenhouse gas emissions using machine learning. “I’m a machine-learning researcher who’s terrified by climate change and keen to do everything possible to try and fix it,” Kelly says. He estimates that better solar forecasts in the UK could save 100,000 tonnes of carbon dioxide from being emitted each year, and will be critical if the National Grid ESO is going to meet its 2025 target of operating at zero emissions whenever there is enough renewable generation available.